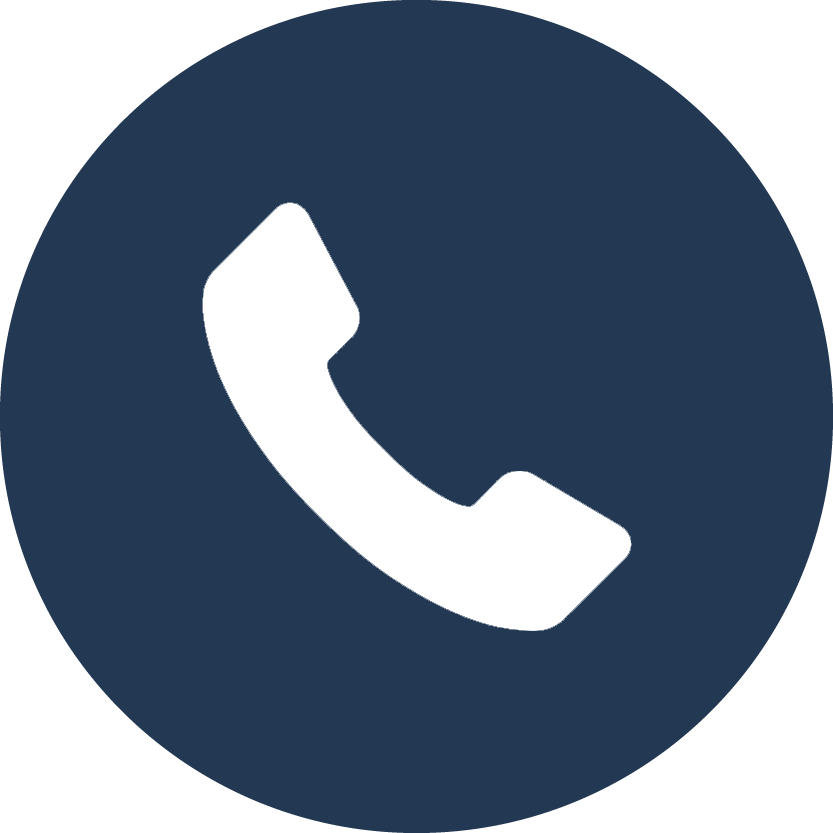 Studies Globally and in Hong Kong

What is health equity? Are there any examples?

Health Equity means fair opportunity to live a long, healthy life. Inequities in health are not inevitable or necessary; they are unjust and are the product of unfair social, economic and political arrangements. For example, it is an inequity when a child living in a slum is more likely than a child living elsewhere in the city to die before the age of five.

Why is health considered as a right? How is it related to health equity?

According to the World Health Organization, the enjoyment of the highest attainable standard of health is one of the fundamental rights of every human being without distinction of race, religion, political belief, economic or social condition. Understanding health as a right requires that health policy and programmes must prioritize the needs of those furthest behind first towards greater equity.

How can we understand the general health status in a society?

There are many ways to do so, and some indicators such as life expectancy, mortality and morbidity are useful to capture general health status in a society.

What is life expectancy?

Briefly speaking, life expectancy refers to the number of years of life that a person born in a given year is expected to live. It assumes that a person has similar mortality conditions as to those reflected by the same age and sex specific mortality rates for that year.

The figures of life expectancy only tell us the number of years lived. Is there a way to measure how long the people are living in a healthy status throughout the years?

Which social groups are more likely to have poorer health?

Different social groups have different life expectancy and healthy life expectancy. Studies show that there is a “gradient” of health (see graphic below for the UK). People with lower socio-economic status (e.g., having lower income and education) have shorter life and more years of poorer health compared with people in higher socio-economic status. Also, studies found that in some societies some groups of people such as women, ethnic minority and migrant workers have poorer health. 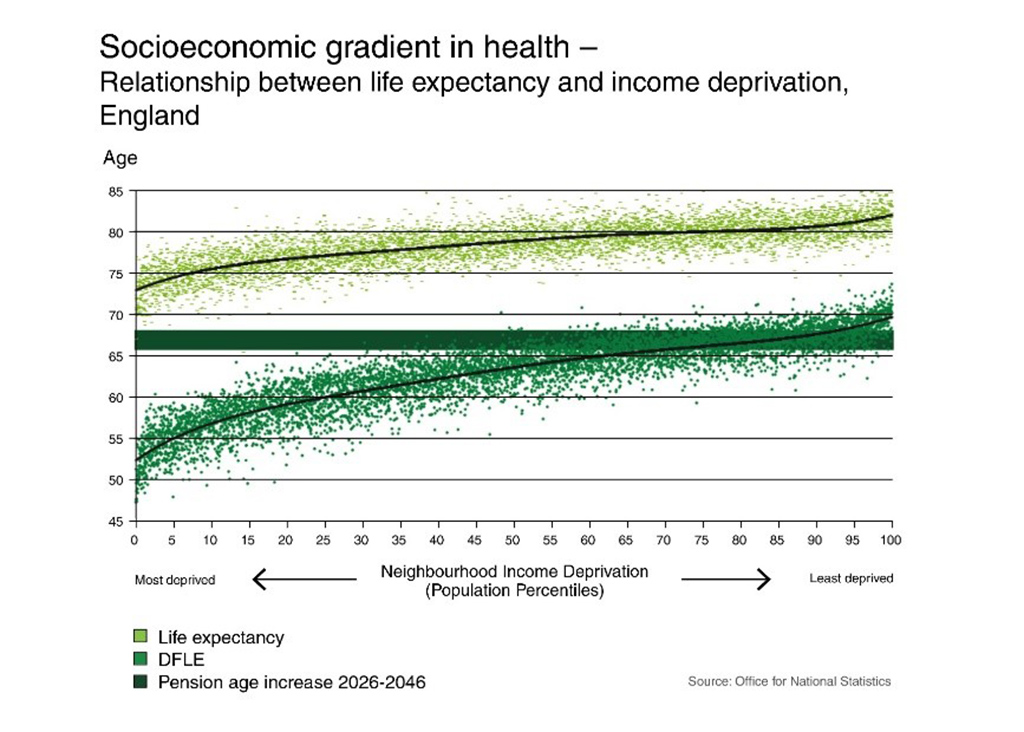 Does unequal health status of social groups (i.e., health inequality) necessarily mean that there is inequity among them?

Health inequality refers to differences, variations, and disparities in the health achievements of individuals and groups. On the other hand, health inequity are health differences that are socially produced, systematic in their distribution across the population, and unfair. A major distinction is that health inequity entails a normative judgement.

Health of an individual is determined by his/her personal choice such as lifestyle and food intake. Why do we need to look for systematic differences of health inequality / inequity in a society?

Although there are individual choices involved, how people make decisions on health and the resources they have to make those decisions are influenced by the circumstances in which they are born and grow up, work and live. These factors affect people’s health beyond individual choices.

Different political, economic and social factors shape the circumstance people face and stratify them according to various factors such as income, education and occupation. These “social determinants” affect the material circumstances, psychosocial and behavioural factors of people within the social hierarchies, which in turn affect the equity and well-being of individuals. It can be summarised in the framework below. 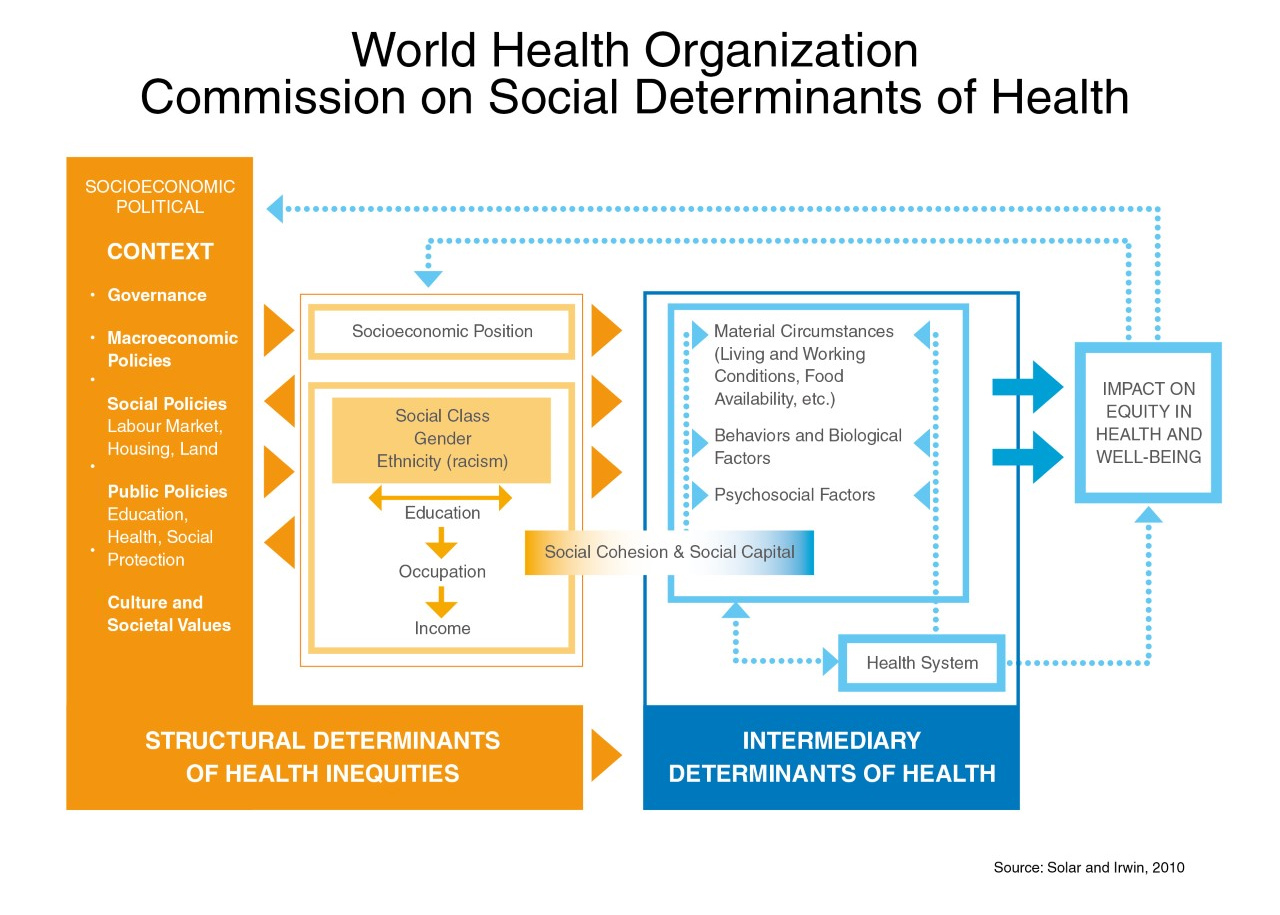 How do the structural factors affect the health of individuals over time?

There are different perspectives to explain how it happens. One of them is called the life course approach. This approach recognizes the importance of time and timing to understand the links between exposures and outcomes within an individual life course, across generations, and in population-level disease trends. It focuses on how social determinants of health operate at every level of development from childhood to aged, and how the impact on early life affect the health of later life. A graphical illustration is set out below. 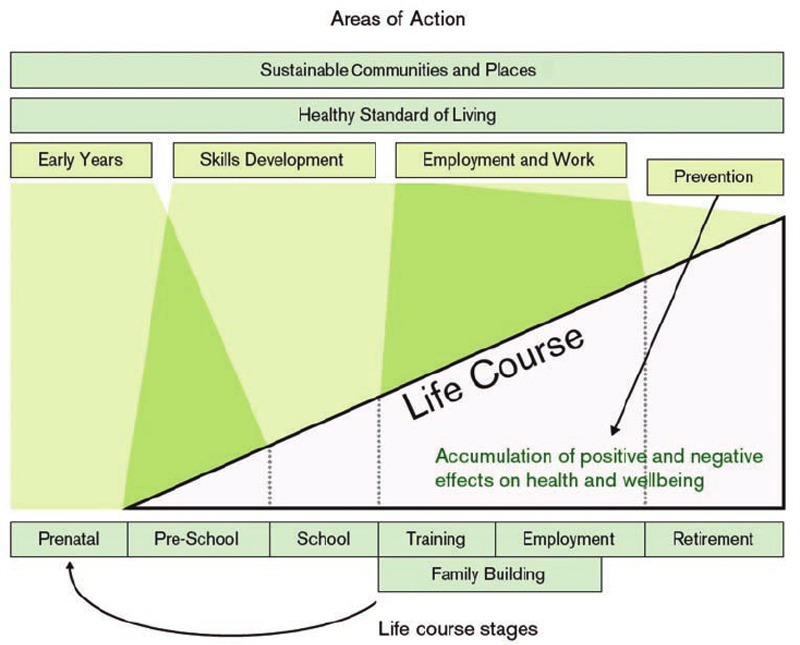 Why are health equity studies important to us? Why is it a global issue?

What we want from our society is health and well-being, and good health is a measure of well-being. By observing the situation of equity on health in a place together with the avoidable differences of health status, we can fundamentally understand how the people operate a society. In comparison with the situations of health equity between countries and between social groups within a country, we can further realize the sources of the systematic difference in order to provide ways of improvement. From that, the poor health among some social groups are not solely attributed to purely bad luck on the people. They are rather due to the operation of the society. In general, poor people have worse health not because of their inborn characteristics, but firstly, their being poor driven by the society. Therefore, reducing the avoidable inequalities in health within and between countries contributes to achieving health equity. It is a global challenge and a universal goal.

Does reducing health inequity mean income redistribution from the rich to the poor?

What are some of the previous studies on health inequities around the world?

There are studies on health inequities by individual countries and international organizations in these decades. For instance, the UK Government tasked a commission to review health inequalities in England since the 1970s. In 2008, the review together with its findings and proposed strategies were well documented in the report “Fair Society, Healthy Lives”, also known as The Marmot Review, and were published in 2010.

The World Health Organization also looked into the issue of health inequities. Health inequity is one of the key issues in the World Health Organization (WHO). The Commission on Social Determinants of Health under WHO published a report “Closing the Gap in a Generation: Health Equity through Action on the Social Determinants of Health” in 2008, which concluded that social inequalities in health arise because of the inequalities in the conditions of daily life and the fundamental drivers, namely the inequities in power, money and resources, that give rise to them.

In addition, the Pan American Health Organization (PAHO) established a commission to address the need to reduce inequalities in health in the area. The report “Just Societies: Health Equity and Dignified Lives” published in 2019 contains evidences about the drivers of health inequalities across the Americas, and practical recommendations to tackle health inequalities.

Are there any examples of adopting the health equity studies in practice?

The Marmot Review outlined major policy recommendations to reduce health inequalities (see box below). In the UK, some cities such as Coventry and the Greater Manchester have attempted to apply the recommendations into their policies and programmes. The report to evaluate the work of Coventry can be found at http://www.instituteofhealthequity.org/resources-reports/coventry-marmot-city-evaluation-2020/coventry-marmot-city-evaluation-2020.pdf. 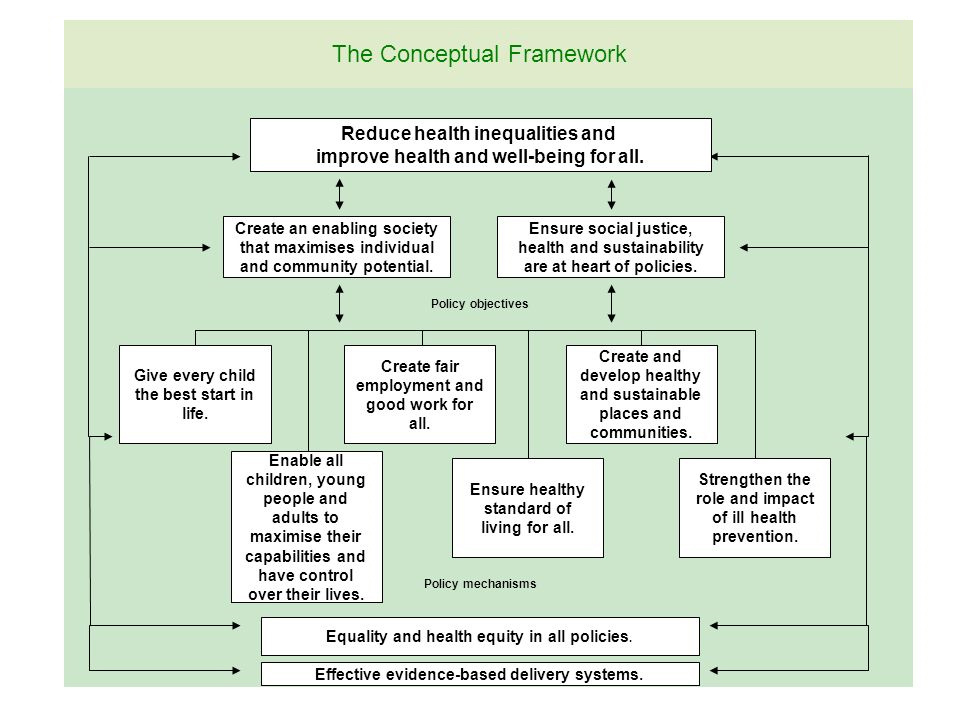 It is evident that health inequalities exists in Hong Kong. Data from the Population Health Survey 2014/2015 by the Department of Health, shows that there is a gradient of self-rated health among different groups of household income, which means that households with higher income are more likely to consider their health as good or excellent than as poor or fair. This observation is important in the light of association between self-rated health and the number of chronic diseases revealed in other studies.

Other than income inequality, there are other factors affecting the health of different social groups. For example, a local research has shown that some groups such as those with no education beyond primary school, lower levels of income, being unemployed or retired, and middle-class individuals ineligible for subsidized public housing have higher risk of having more than one chronic disease.

What are the key factors affecting the health inequalities in Hong Kong?

A wide array of social determinants of health are involved and they are inter-related to health outcomes. While the Institute will continue to examine those factors in detail and how they impact on people’s health, the following are some illustrations on areas which will affect the health of some social groups.

Is there anything we can work on to reduce health inequity in Hong Kong?

Reducing inequalities in health requires holistic strategies and efforts of the whole society. Some suggestions are as follows.

Does COVID-19 intensify the situation of health inequality in Hong Kong?

The COVID-19 outbreak has intensified Hong Kong’s pre-existing social inequalities of health in different social groups. Unemployment rates have increased sharply during the COVID-19 outbreak. Compared with the non-deprived group, more people in socially deprived group are worried about their family’s financial situation, had lower reserve of personal protective equipment (PPE) and found it more difficult to purchase PPE. Overall, people in Hong Kong have poor mental health as revealed in increase in prevalence of stress level, anxiety, depressive symptoms and unhappiness compared with 2016 and 2017. The situation was more serious among those with lower educational attainment and those aged 65 and over.

School closure affected children with special educational needs, single parent families, and those with poor mental health the most. It has strong impact on those without access to remote learning resources, given the fact that a sizeable proportion of low-income families do not have access to computers suitable for online learning. To this end, the CUHK IHE is conducting an international comparative research to further understand the health and social impact of COVID-19 on adolescents across the socioeconomic ladder in Hong Kong and other parts of the world.

How is the situation of inequality in COVID-19 severity/mortality worldwide compared with Hong Kong?

Apparent socioeconomic patterning of COVID-19 severity, in terms of hospitalization, admission to intensive care unit, and deaths, has been widely observed in many parts of the world including the Americas and the Western European countries which have been severely struck by the COVID-19 pandemic. It has been suggested that the pandemic exposes and amplifies the underling inequalities in health, and disproportionately affects the socially disadvantaged people of lower socioeconomic position as well as the communities of color.

However, the presence or extent of socioeconomic inequalities in COVID-19 severity vary across regions and social contexts. For example, local research showed that disparity in COVID-19 severity across districts of different poverty rates was mild in Hong Kong, plausibly due to the better-controlled pandemic and a relatively capacious and equitable inpatient care which treated all the infected cases in need irrespective of their socioeconomic background. Yet, given the strong underlying social inequalities in primary care access and disease management in Hong Kong, the impact of socioeconomic disadvantage on COVID-19 severity appears to be stronger among the vulnerable populations such as multimorbid patients, for example.

Is there any relationship between the COVID-19 containment measures and health inequality?

People’s health and well-being could be affected not only by the risk of COVID-19 infection, but by genuine social and economic concerns during the pandemic that were related to the containment measures. While it is indisputable that the containment measures were meant to achieve the public health functions of disease prevention and health protection, these measures could also negatively affect our health via other social determinants of health including employment and income, food security, living conditions, social networking, and access to health and social care. Therefore, containment policies need to be devised and amended if necessary to take the social determinants of health into account. For instance, using a social justice framework, containment measures that disproportionately affect the economic activities of certain groups of people (e.g., people of lower socioeconomic position or of ethnic minority and migrant background) need to be accompanied by other corresponding policies that address and alleviate the economic burden of the ones being affected.